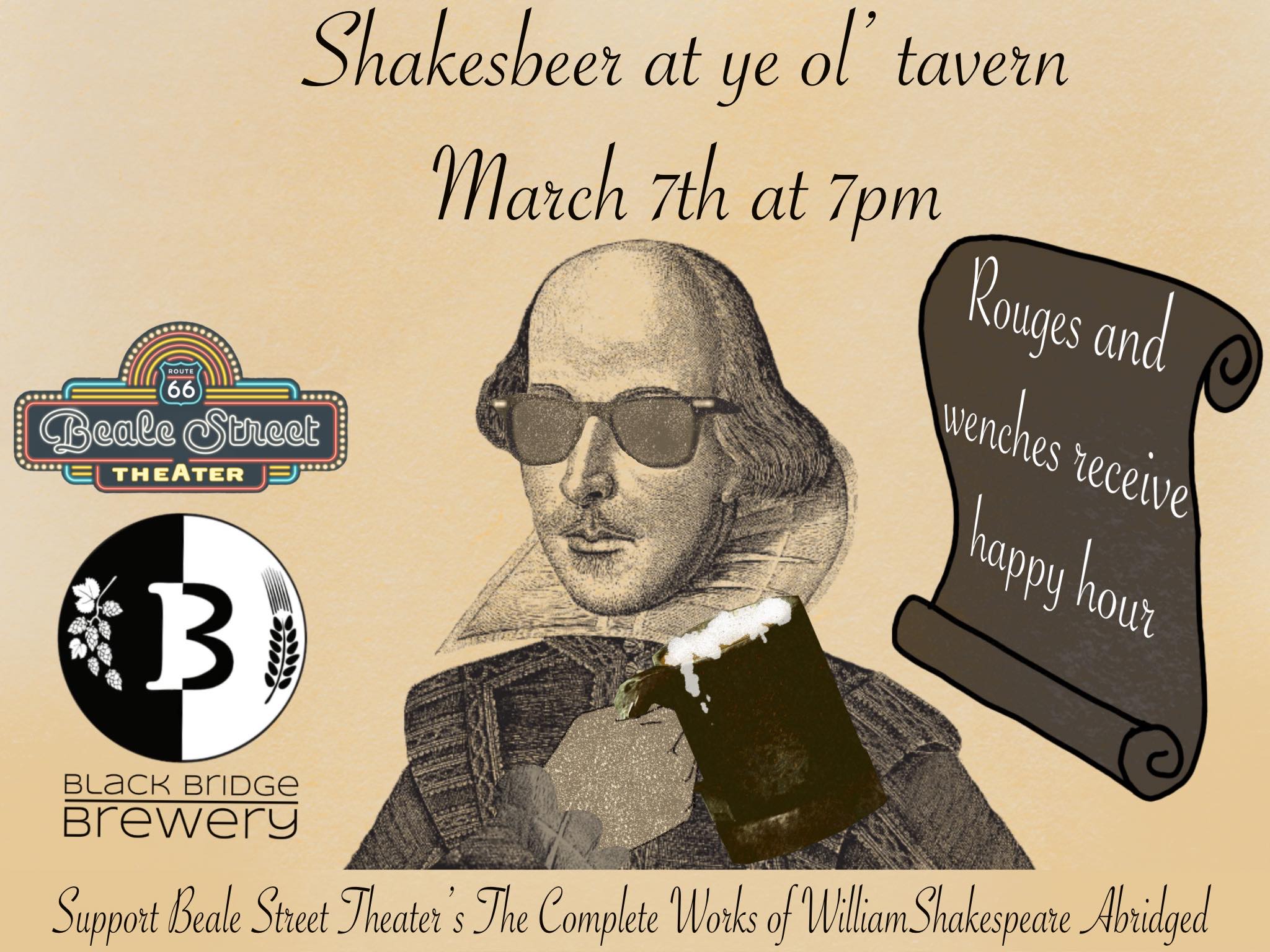 Dally on down to Black Bridge Brewery to support the Beale Street Theater and drink like the original bard himself with “Shakes-Beer” and “Much Ado About Beer!” Starts at 7pm with local music and Happy Hour Pricing if you dress like a rogue or a wench!

The cast and crew of the show will also be there to perform a hilarious scene just for you! You don’t want to be the only luckless lad that missed it!